Will the Federal Reserve Sell MBS?

This question is likely to garner different responses, depending on who you ask, and a plethora of caveats. It is a tough call for the Fed because stifling housing-related inflation without punishing everyday homeowners is a tricky task. For investors, this question matters a lot because the Fed’s cessation from active Mortgage-Backed Securities (MBS) purchases eliminated demand from the largest buyer in the market and had a punitive impact on MBS valuations. If the Fed starts actively selling into the market, that could exacerbate things even further.

There is a solid case to be made for selling MBS because the Fed has repeatedly conveyed its desire to hold a portfolio of predominantly Treasury securities. It has already stopped active MBS purchases as part of Quantitative Easing (QE) and is allowing the amount of MBS that naturally runs off its portfolio through principal paydowns to increase over time. Unfortunately, this may not be enough to get to a Treasury-only portfolio.

With mortgage rates nearly double the historic lows set over the past couple of years, virtually all existing mortgages have lower rates than those available today. As a result, refinance activity and even purchase activity have slowed dramatically. As high mortgage rates disincentivize people from refinancing and moving, mortgage balances are being paid down more slowly and the resulting runoff of the Fed’s MBS balance sheet is happening more slowly as well. In fact, the maximum runoff caps set by the Fed to facilitate a gradual removal of its footprint likely will not even be reached through natural paydowns.

The Fed announced plans to gradually and predictably reduce its securities holdings by setting caps on the amount of MBS and Treasury paydowns that are reinvested in those securities. This process began in mid-June with an initial monthly cap of $17.5bn MBS for the first three months, which shifts up to $35bn/month in September. However, with prepayments slowing in response to higher primary mortgage rates, the Fed’s paydowns are already running below the planned maximum $35bn cap. In other words, organic MBS portfolio reduction will be much slower than the Fed wants.

To make matters worse, the Fed’s Treasury holdings do not have this problem. The cap for Treasury securities was initially set at $30bn/month and shifts up to $60bn/month in September. Because Treasury securities are not plagued by slowing prepayment activity like MBS, principal paydowns of Treasuries will be able to hit the full $60bn/month cap much more efficiently. This dynamic will cause the share of MBS in the Fed’s portfolio to increase relative to Treasuries rather than decrease.

Additionally, a large part of the Fed’s targeted Consumer Price Index (CPI) measure takes into account rental and housing costs. In order to rein in inflation, shelter prices as a component of CPI need to come down. Over the long term, shelter prices in CPI tend to follow trends in home prices, which have yet to slow materially despite higher mortgage rates. This suggests shelter prices could remain strong until at least mid-2023. The Fed has thus far only attempted to control this through raising interest rates, but pervasively high shelter costs could put pressure on the Fed to take further action to bring down CPI.

While the case for MBS sales may seem strong on the surface, the Fed has a delicate tightrope to walk to avoid overly burdening homebuyers/homeowners and significantly distressing the broader housing market. It takes time for rate hikes to actually cool inflation, so selling MBS may not do much to directly impact housing inflation in the near term. We are also starting to see the beginnings of a slowdown in housing activity, so taking further action now may be an unnecessary step.

Fed action has already worked to nearly double borrowers’ mortgage rates at a time when home prices are also extraordinarily high. The combined effect of both dynamics has made it almost twice as expensive to buy the same house today as it was just two years ago. Consequently, some would-be homebuyers are simply giving up the search and being forced to rent instead. This serves to increase demand for rental housing and further raise the price of rentals. It follows that increasing mortgage rates when rental supply is already limited might actually have the effect of temporarily increasing housing inflation rather than decreasing it. Potentially worsening an already difficult housing affordability dynamic may give the Fed pause about pursuing MBS sales too soon.

Additionally, the MBS purchased by the Fed during the last round of QE was made up of mortgages with much lower rates than today. As a result, if the Fed were to start selling its holdings now, it would impact the supply of very low-coupon MBS. There would be relatively little effect on the price of higher-coupon MBS, which sets the secondary market for mortgages originated today. In other words, Fed sales of MBS would likely have a rather minor impact on going thirty-year mortgage rates today.

What course the Fed will take with regard to MBS sales is anybody’s guess. It seems prudent to err on the side of caution and refrain from outright sales in the near-term to give its previous actions some time to work. If the slowdown in housing activity that appears to be underway now sticks, further action may be unnecessary. But if housing-related inflation becomes incessant, the Fed may have to resort to any means necessary to temper it. 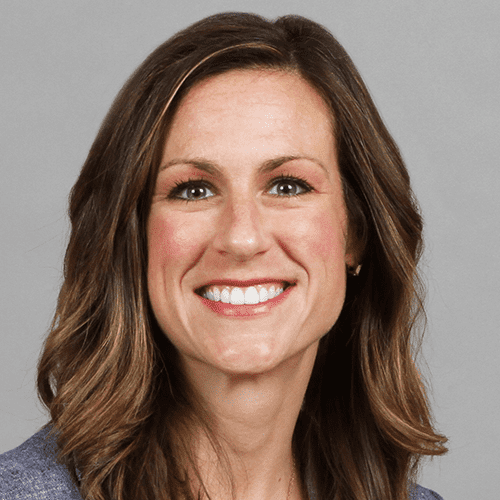